What does your mind conjure up when you hear the words “natural stone?”

We’ve decided to veer off the beaten track and reveal some of the lesser-known facts around all things natural stone!

Every piece of marble used to be limestone. Through extremely high temperatures and pressure, limestone turns into a denser rock – marble!

The remarkable colours and impressive variety is achieved through minor impurities incorporated into the final stone.

Although we’d hardly refer to the magnificent Verde Tinos Marble as holding anything but perfection!

Marble is a firm favourite in interior decoration, one reason being that it’s 100% hypoallergenic. Marble’s natural high density, plus non-porous finish of marble installations create an easy-to-maintain surface, where any allergens can be wiped away in an instant.

The epitome of luxury must be to have your phone bathed in a coating of marble…So if you’re phone of choice is either an iPhone 7 or notebook, rush out and grab a Carrara Marble casing!

A colossal 530.000 cubic feet of marble was used for the construction of the New York Public Library! This incredible project took 12 years to complete and was the largest marble building when they opened doors in 1911.

This 19th-century landmark is based on the Arch of Constantine in Rome and the Arc de Triomphe du Carrousel in Paris. Designed by John Nash and built as the courtyard of Buckingham Palace, it is mainly adorned with the pearly Carrara marble.

The site of the impressive Palacio de San Lorenzo de El Escorial, in Madrid (Spain) was chosen by King Philip II of Spain, to commemorate the 1557 Spanish victory at the Battle of St. Quentin in Picardy against Henry II, king of France. This fortress-like palace was built primarily from locally quarried grey, taking the form of an enormous quadrangle measuring approximately 224m x 153m.

When you squeeze a crystal of quartz, the pressure on the crystal’s surface forces its ions to upset the overall charge balance and turn it into a little battery, with oppositely-charged faces.

Even more incredible? The process can also work in reverse! When passing an electric current through a quartz crystal, and it will actually squeeze itself!

Quartz watches use this Piezoelectricity (literally meaning “pressing electricity”) to keep precise time by causing the crystal to rotate thousands of times per second and using circuits within the watch to convert these oscillations to a once-per-second digital beat.

Interesting facts aside, Euro Marble specializes in bathing your home in the elegance of natural stone and we look forward to adding a bit of magic to your residence! 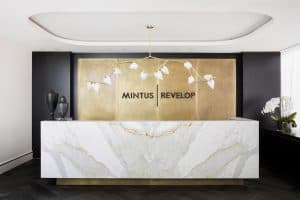 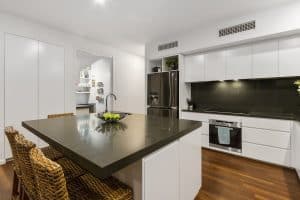 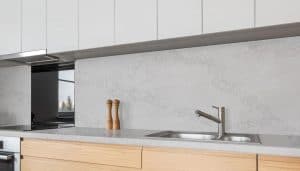 5 Stone Splashback Ideas For Your Kitchen 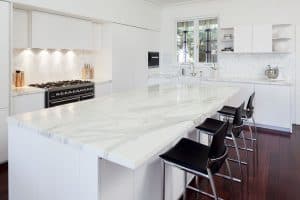